It’s been a big year for Careem, from launching into new countries and enabling women to become Captains in Saudi Arabia to charity initiatives and whole new verticals of business, we’ve been working hard to improve lives all across the region. Here are just 70 of the things that we did throughout 2018.

JAN 22 – Raised $100,000 in donations for MENA refugees through region-wide initiative

JAN 22 – Expanded our services into Sargodha to improve mobility for the 650,000 residents.

JAN 25 – Helped 1,000 entrepreneurs in Pakistan to start their own business.

JAN 31 – Expanded the Careem service to the 2.3 million people living in Mardan

FEB 11 – We reduced prices in Abu Dhabi making it even more accessible for people to get around the UAE capital.

FEB 14 – Made it possible to rent a cruise boat in Jeddah via the Careem app.

FEB 15 – Received over 1,000 application from Saudi women to become Captinahs ahead of lifting of Saudi driving ban.

FEB 18 – We’re always looking to invest in technology and we acquired RoundMenu as we began a move into the delivery industry.

MAR 6 – Reduced our rates to make ride even more affordable.

MAR 27 – Set up a partnership with Landmark Group to give discounts to Careem users.

MAR 29 – Launched our services in Quetta, bringing improved mobility and jobs to the 2.2m people living there.

APR 1 – We announced on April 1 that we will soon be taking customers to space, via the new SPACE beta app.

APR 22 – Teamed up with the UN refugee agency UNHCR to launch car type to raise money for the charity.

MAY 4 – Provided an ambulance service in Pakistan.

MAY 9 – Launched an education programme for Captains’ children.

MAY 15 – We made it easier to get financing for rickshaws

MAY 17 – Provided free cars to collect surplus food for donation during Ramadan.

MAY 31 – Launched environmentally-friendly Tesla cars on the Careem app so you can help the environment and travel quietly.

MAY 29 – Began offering a cheaper service in Abu Dhabi to bring mobility to even more people.

JUNE 3 – Gave free rides to people in Palestine wanting to get to the Mosque during Ramadan.

JUNE 11 – Made travelling with children even safer with launch of award-winning child seats.

JUNE 24 – We helped women in Saudi Arabia move from the back seat to the front as we welcomed our first female Captainahs. 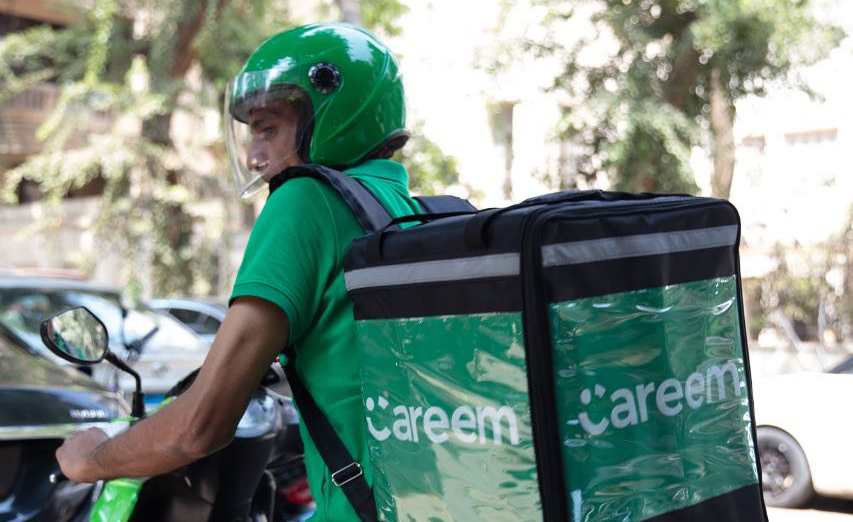 JUL 2 – Gave refugee in Jordan a platform to speak.

JUL 3 – When Pakistan was hit by the heaviest rains in 38 years and cities were flooded we arranged boats to get people around the flooded areas.

JUL 12 – We partnered to support El Dar Programme – a midway house, which is used as a safe shelter for women survivors of violence or women and children at risk.

JUL 15 – Took part in the in the A.I. Summer Camp Programme with the UAE Minister for State for Artificial Intelligence Office, and helped encourage young people from the region to get involved in tech.

JUL 21 – We celebrated our sixth birthday

JUL 21 – We set up an MOU to work with two taxi firms in Morocco.

JUL 26 – We gave free rides to people in Pakistan on election day to help get them to the polls.

AUG 2 – Added a new addition to the app in Saudi Arabia to help visually impaired customers.

AUG 11 – Handed out ice creams in Iraq, just because we thought it was a nice thing to do.

AUG 25 – Careem’s sustainability team partnered with World Wildlife Fund to collect funds for the plantation of 10,000 trees in Pakistan on Independence Day.

AUG 30 – Expanded reach to offer a delivery service in Pakistan.

SEP 3 – We reached one million Captains on the Careem app, meaning that’s one million jobs we have created since we launched.

SEP 9 – We officially started our services in Khartoum – our first city in Sudan and our 14th country overall.

SEP 29 – We went to the UN and announced a commitment to upskilling 200 refugees.

OCT 1 – We launched a new service in Muscat in partnership with Marhaba Taxi to become the only ride hailing operator to offer a service across all six GCC countries.

OCT 3 – Announced that we have started a policy of unlimited vacation for Careem employees.

OCT 5 – Addressed the attendees at Techcrunch Disrupt in Lebanon.

OCT 7 – Signed an MOU with Qatar Rail to provide a fare promotion.

OCT 10 – We expanded our services to Bahawalpur bringing Careem’s services to 800,000 people there.

OCT 11 – Began testing peer-to-peer credit transfer as we expand our service into payments.

OCT 31 – Announced we were one of the most diverse tech companies – and why that’s so important.

NOV 7 – Launched the Business Profile feature to help business travellers separate their work life from personal on the Careem app.

NOV 11 – Signed a partnership deal with Abu Dhabi to collaborate to enhance the tourist experience in the capital.

DEC 4 – We launched a bus service in Egypt as we moved into mass transportation.

DEC 6 – Our CEO and co-founder was included in the Bloomberg 50 list of people who are changing the global business landscape.

DEC 18 – Careem was voted the Best Brand Voice in MENA on Twitter.