The session, which was hosted by Dubai Future Foundation and moderated by MAGNiTT founder Philip Bahoshy, delved into Careem’s story and considered the ingredients needed to build a successful tech startup.

The panelists highlighted the importance of public-private partnership and the role it plays in empowering startups through regulatory support and access to funding. One such partnership is the joint venture between Careem and the RTA, which gave birth to Hala – the first partnership of its kind in the region. The partnership with RTA paved the way for Careem to grow from a ride-hailing service to the region’s leading Super App.

H.E Khalfan Belhoul discussed how far Dubai has come since Careem was launched in 2012, highlighting the efforts between the public and private sectors to shape Dubai into the global tech hub it has now become. He commended the government’s strategic decision to work more closely with startups over the past several years in addition to established multinationals and commended the support shown towards Dubai’s startup ecosystem. 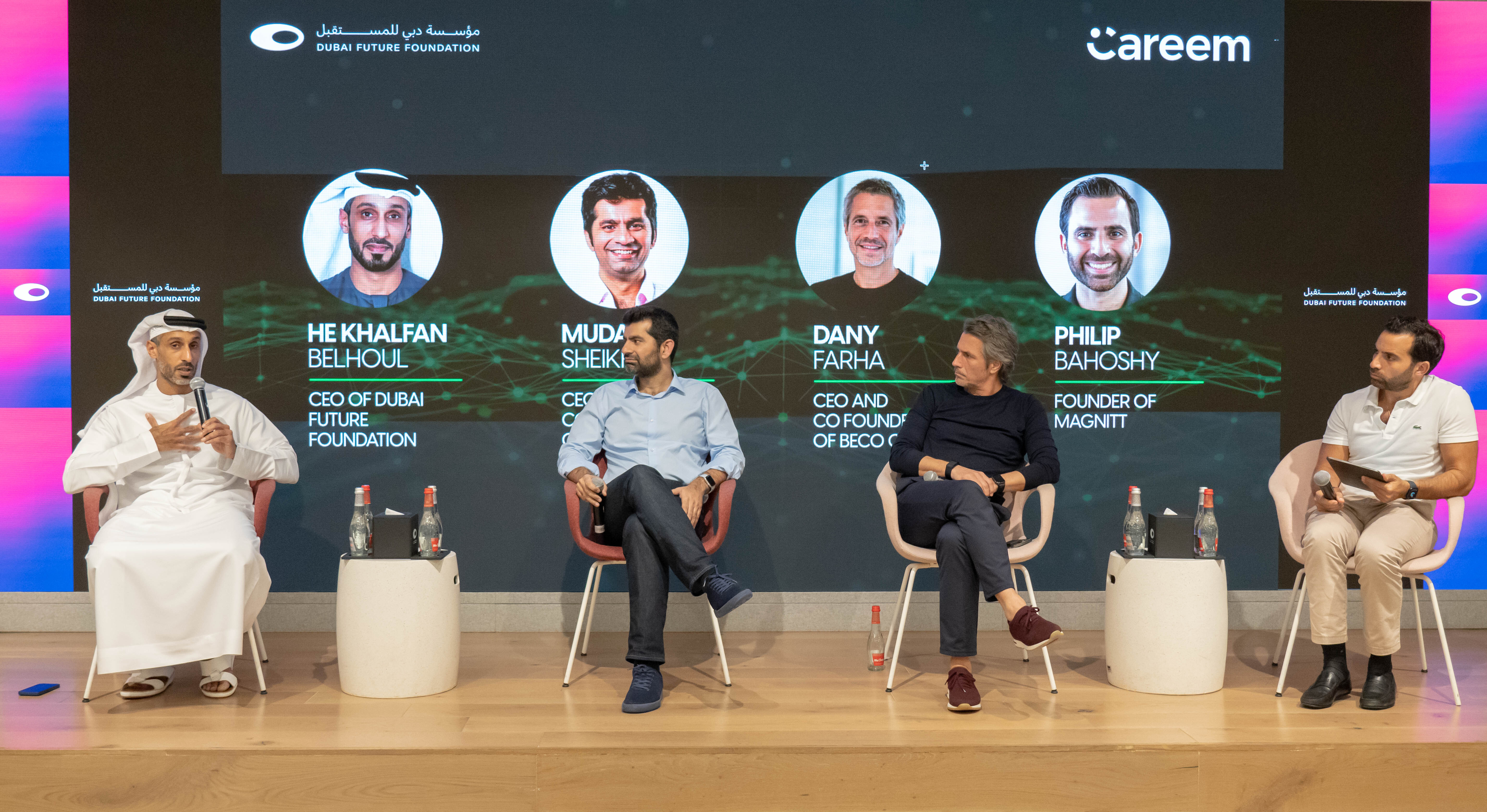 During the panel discussion, Mudassir talked about the importance of attracting and retaining tech talent and providing tech leaders with the tools they need to build impactful and lasting organizations. He recognised the value of a strong competitive landscape, noting that healthy competition (regardless of how tough it felt at times) was a driving force behind Careem’s ambition, agility, and ability to localize and scale its services.

Mudassir also talked about his experience of Dubai transforming into a global tech hub over the past 10 years, but highlighted that the opportunity in the region remains large and untapped. He explained that it is the responsibility of established tech companies and entrepreneurs to support existing talent and nurture future talent in realizing their potential.